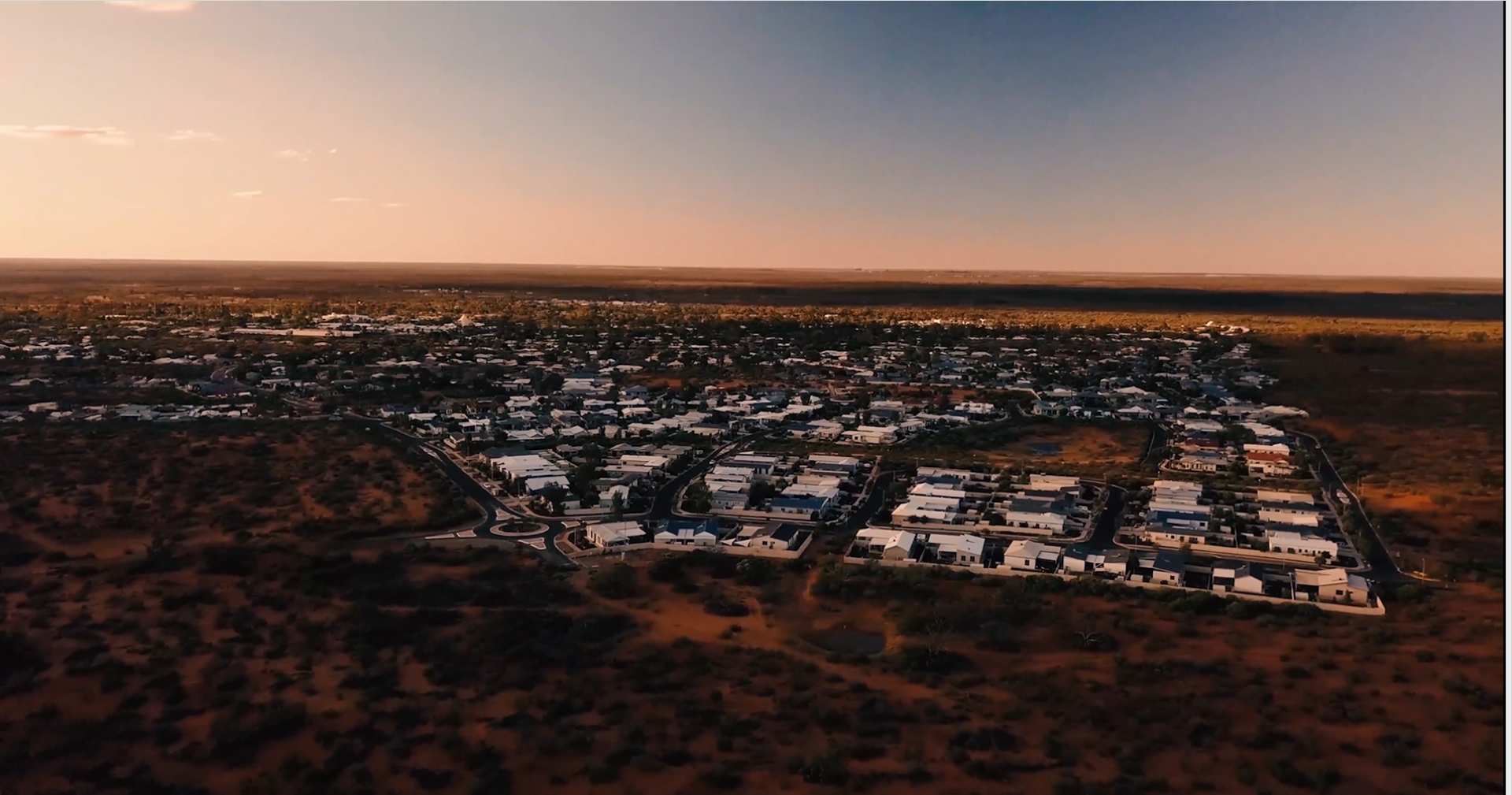 Roxby Downs is a town, purpose built to support the Olympic Dam Mine Site. The mine is owned by BHP and produces four products: copper, uranium, gold and silver.

Roxby Downs was originally a cattle station. The site of the town was no more than desolate outback paddocks. A few workers were the first to arrive, some with young families in tow, and they set up a caravan and tent city. Conditions were challenging but the fledgling town grew with a strong sense of community driven by an Australian pioneering spirit.

Infrastructure was completed during 1987/1988, and the town was officially opened on 5 November 1988.

The name Roxby Downs comes from the name of the original pastoral station. Olympic Dam Mine was named after a livestock watering dam on the Roxby Downs pastoral lease under which the ore body lies. The dam was built during the Melbourne Olympic Games in 1956 and is very close to the discovery drill site.

Roxby Downs has a very transient population. Currently the town has an estimated population of 4,500.

Average summer temperature is 35.8◦C with average winter temperature of 19.3◦C. The average annual rainfall is minimal at 148mm per annum.

Water for Roxby Downs, Olympic Dam and the mine site is sourced from the Great Artesian Basin near the southern and eastern areas of Lake Eyre. Pumped some 200km south to a desalination plant on the BHP mining lease, water is then cooled, desalinated and stored for later distribution.

Water for the township is then pumped 10km to a covered water supply dam on the outskirts of town. Roxby Water then purchases water from BHP at a predetermined price set out in the Indenture. Council then distributes, checks the quality against water quality standards and if needed, chlorinates the water at their pump station before pumping to residents within the township via approximately 35km of pipe work.

BHP Billiton owns 256kV and 132kV power lines that transmit electricity from the national grid at Port Augusta to Olympic Dam. A 33kV line then serves the Roxby Downs township where Roxby Power takes control. Roxby Power operates under a Distribution Licence issued by the Essential Services Commission of South Australia (ESCOSA), and also reports to the Technology Regulator office within the Department of State Development.

A video showcasing life in Roxby Downs and everything it has on offer for residents and tourists.