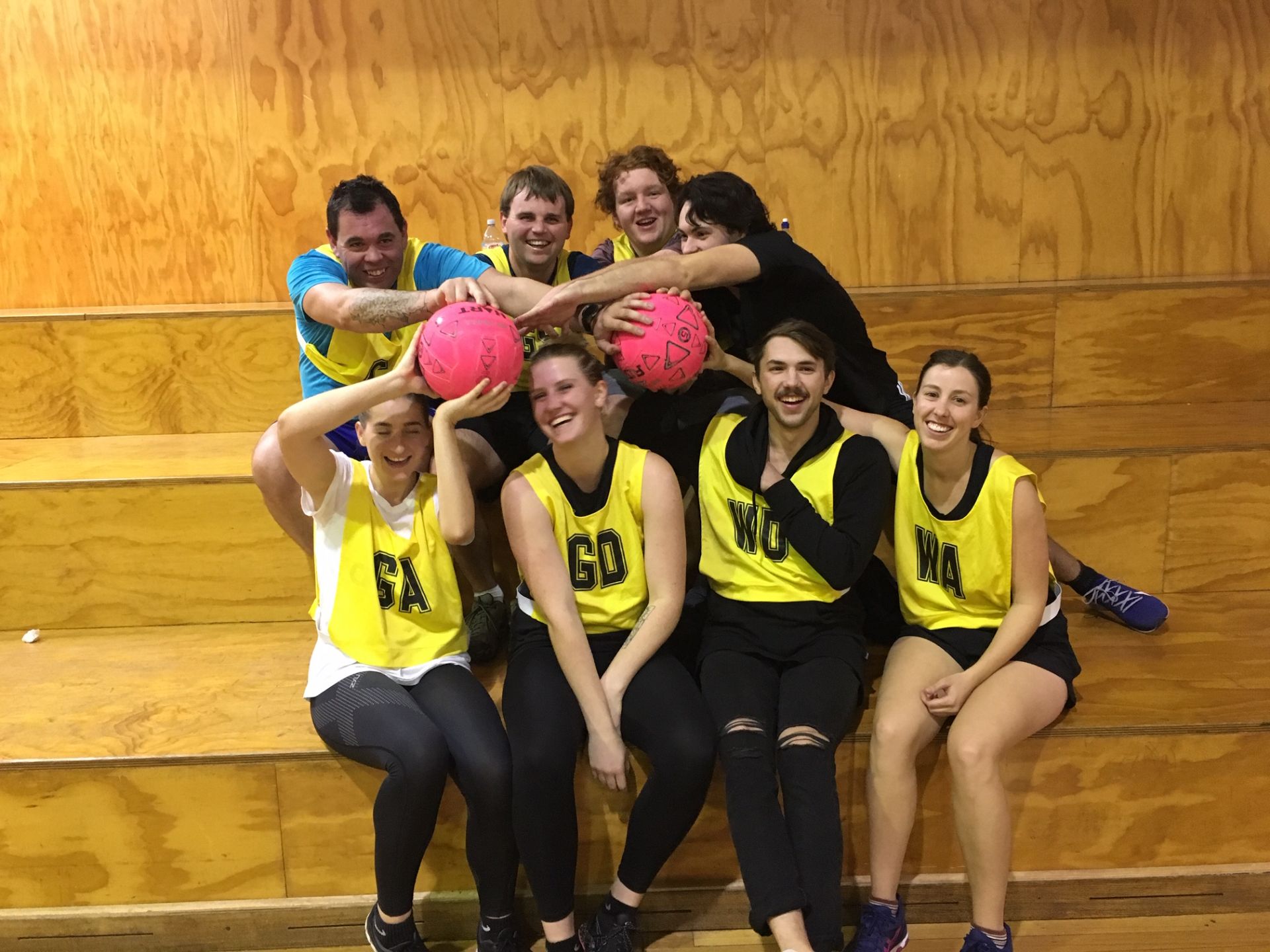 How long does the season run?

Each season will slightly vary, depending on amount of teams registered and when school holidays fall. Games will not be scheduled during the school holidays.

What will the game times be?

This will depend on the amount of team nominations, but the earliest game would be 6pm and the latest starting at 8pm.

How many females vs males can be on the court at a time for Mixed Netball?

What costs are involved?

There is a $25.00 team nomination fee payable prior to the first game and then the team fee each week is $42.00 which must be paid prior to the game at the kiosk. Please note that a $42.00 forfeit fee applies if less than 24 hours’ notice is given.

How old do you have to be to play?

Each player must be at least 14 years old

How long are games?

Games will be 40 minutes, consisting of 10 minute quarters.

Where are games played?

Majority of games will be played inside on either stadium 1 or 2, games may occasionally be moved to the outdoor courts under special circumstances.

Will bibs be provided?

We provide bibs after payment is made at the kiosk each week, however you are welcome to bring your own bibs if you so wish.

Do we need to supply umpires?

No Roxbylink supplies umpires for all games.

We can't allocate you to a team, but if you email us with your name and contact details we can send your details to each team contact person. This way you may be asked to play as a fill in or join a team that has become short.

For more information or if there is a sport you would like to see in the town that needs support, let us know.